Reconstruction of the entrance area to the French Institute in Prague

The French Institute is a prestigious cultural and educational institution, with a tradition extending back to the 19th century. The Institute’s building in Štěpánská Street was built in the year 1930. After the period of socialist repression concluded, the building was completely renovated. In 1993, the premises were officially reopened with the participation of French and Czech Presidents, François Mitterrand and Václav Havel. Today, the institute hosts a cinema, a library of books in French language, educational and scientific facilities, a gallery, bookstore and cafeteria.

The transformed entrance area is now very versatile and can be used for multiple purposes. Partitions have been removed, creating a variable space, which is capable of accommodating visitors as they gather before the beginning of cultural events. It is also suitable for holding lectures and concerts, or serving as a library. As a result of the changes, visitor information areas have been set up to allow people to use IT resources with ease. This clean architectural design uses subtleties with colour, and facilitates easy orientation. Mobile furniture has been integrated into the design, allowing for quick and easy interior changes, depending on the institute’s needs. 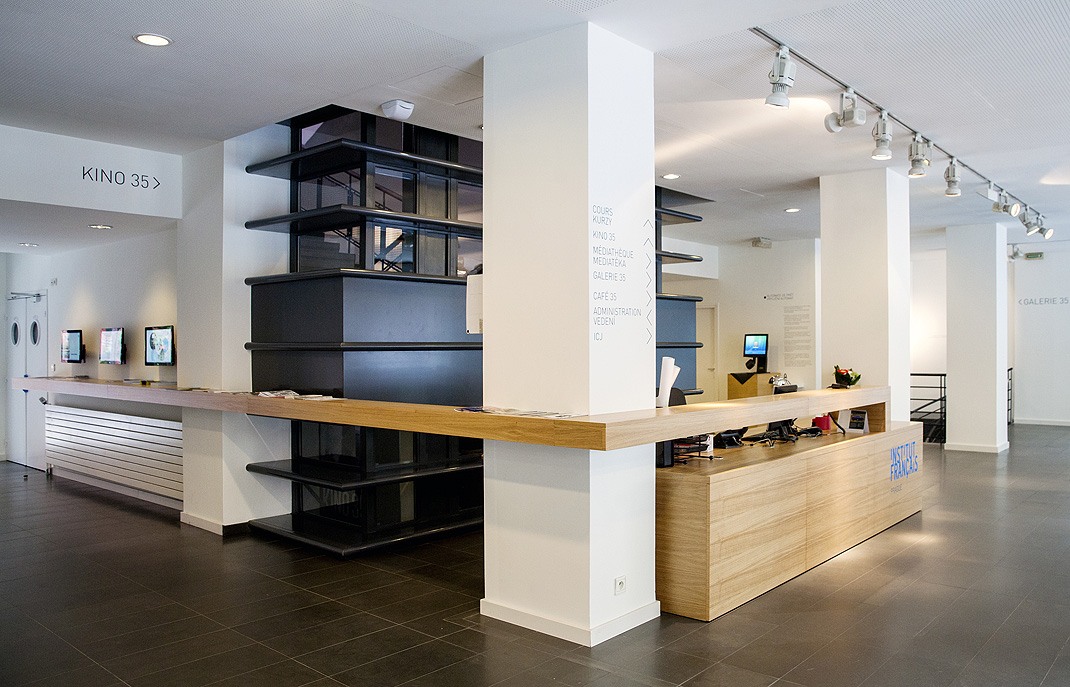 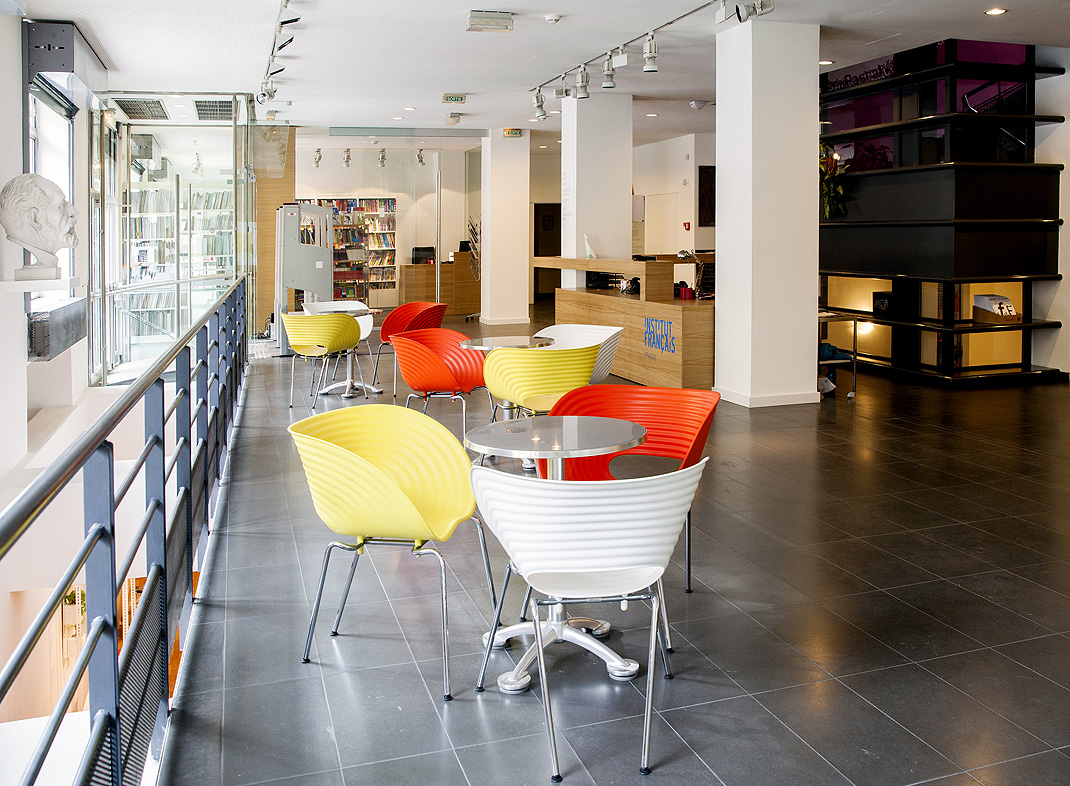 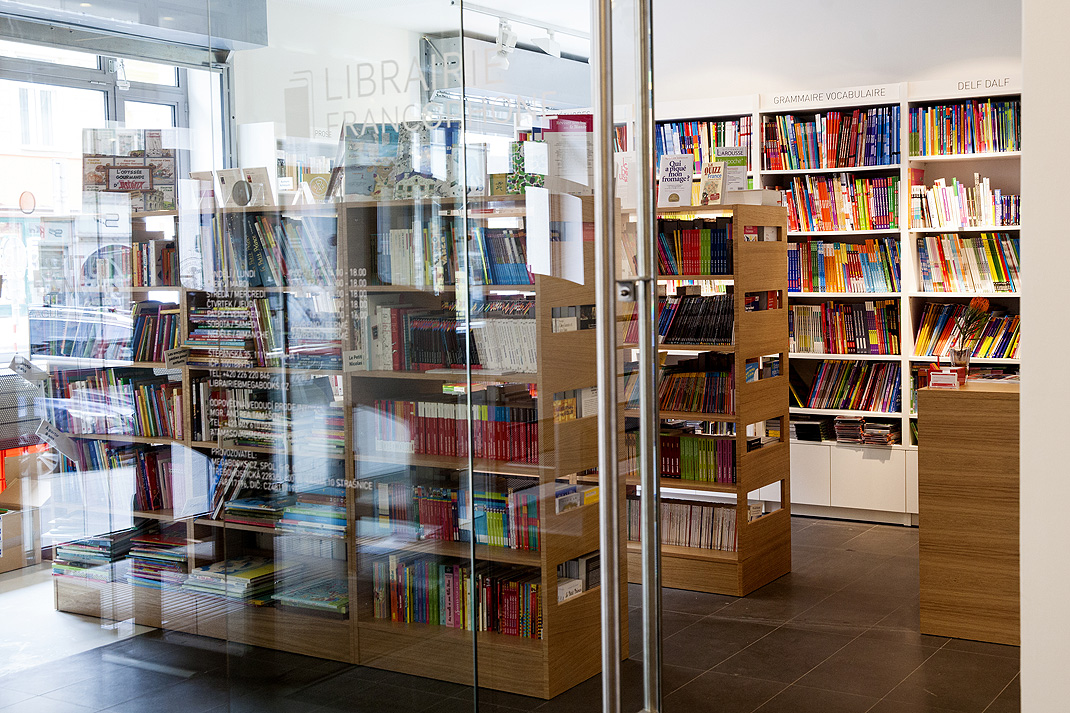 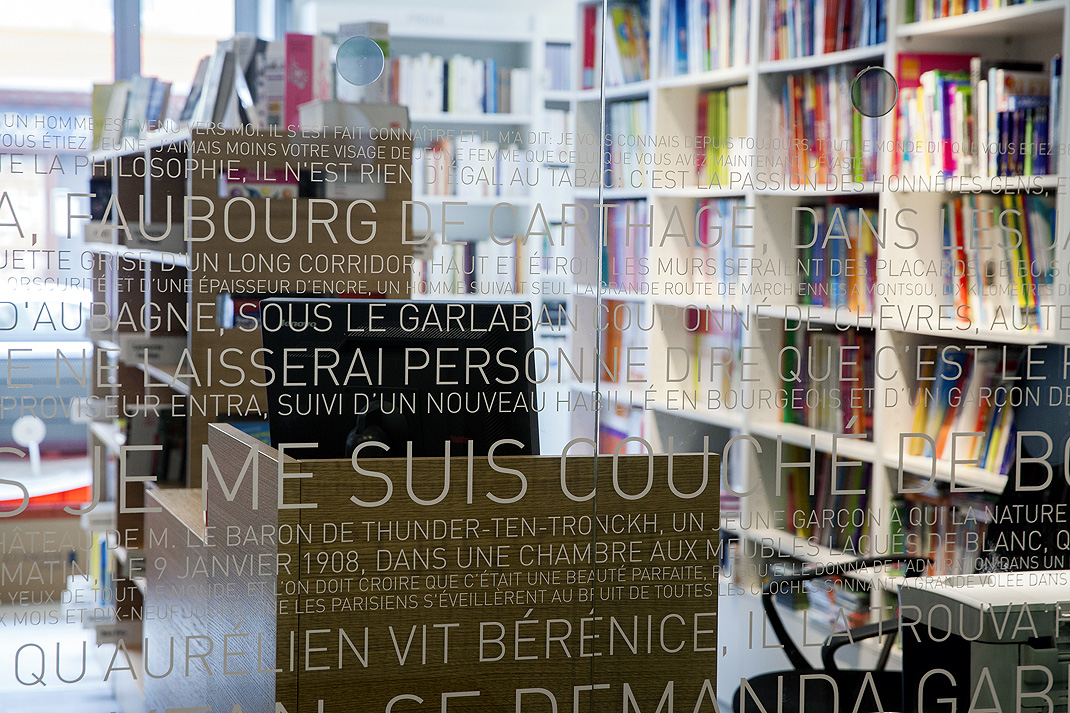 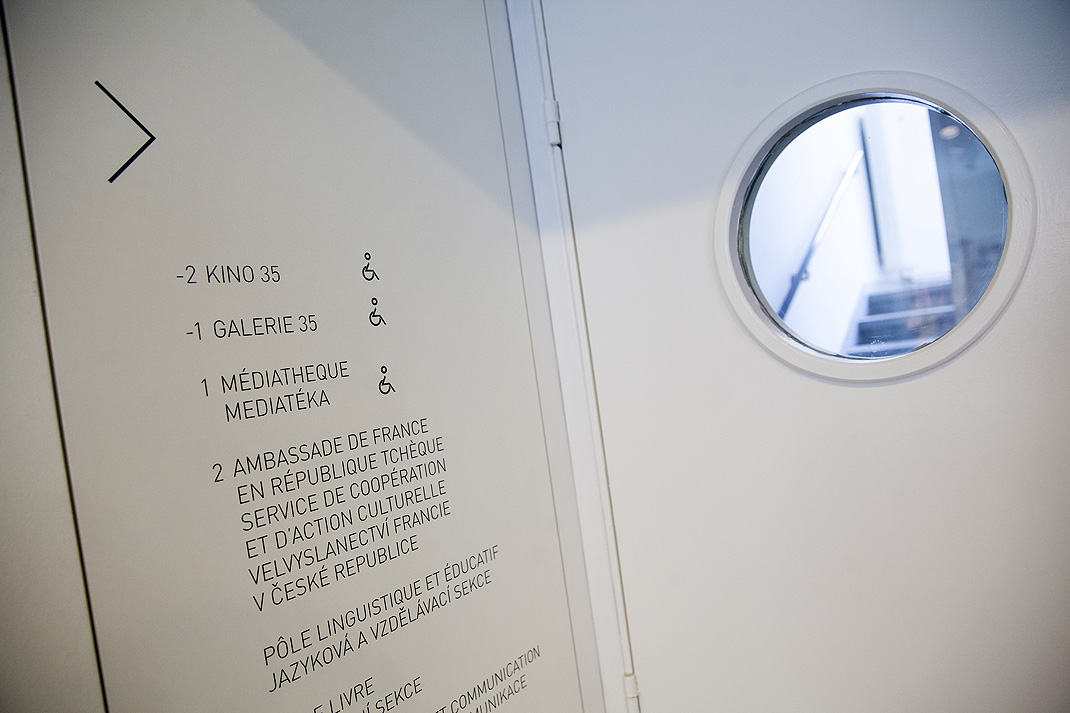 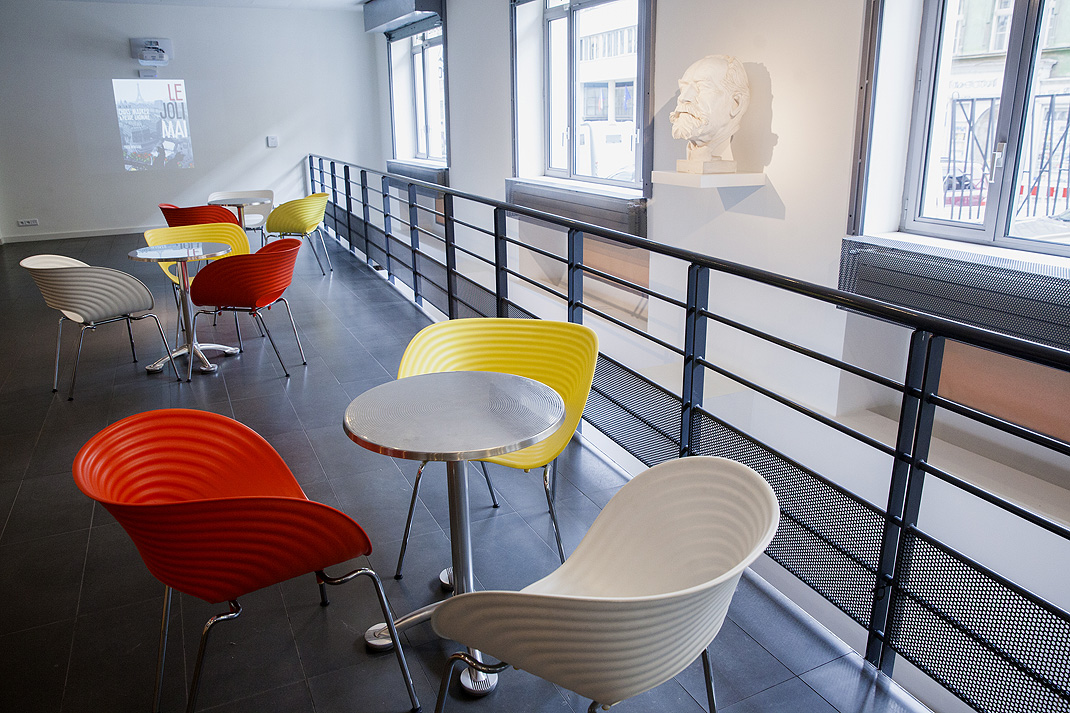 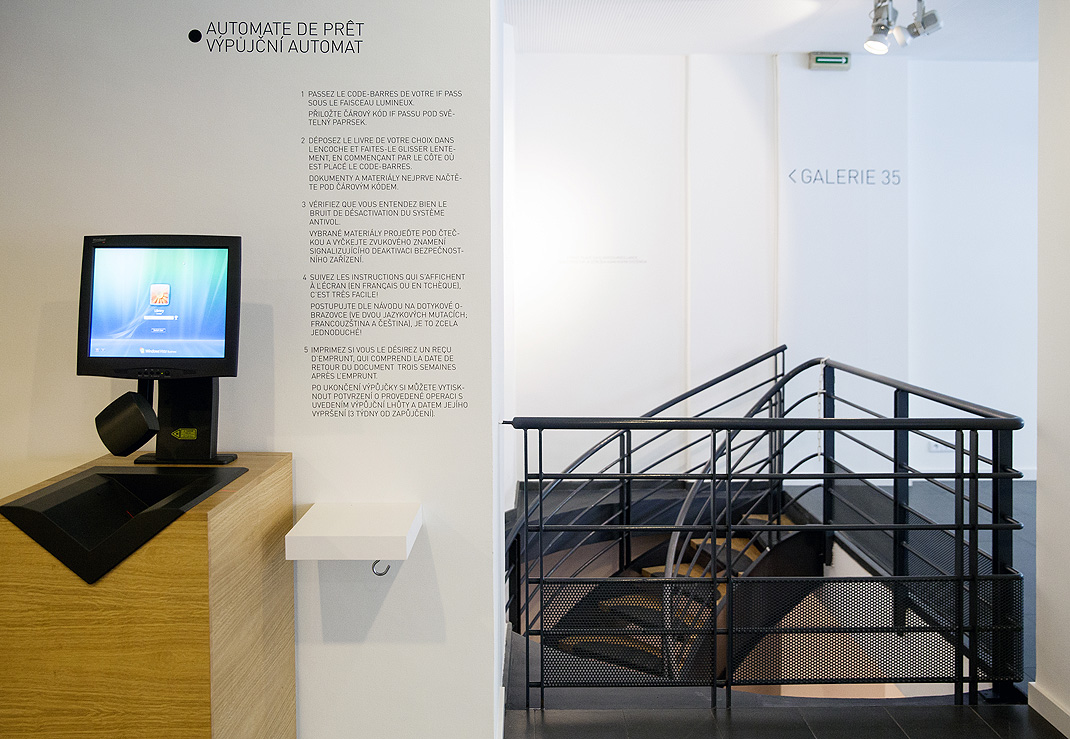 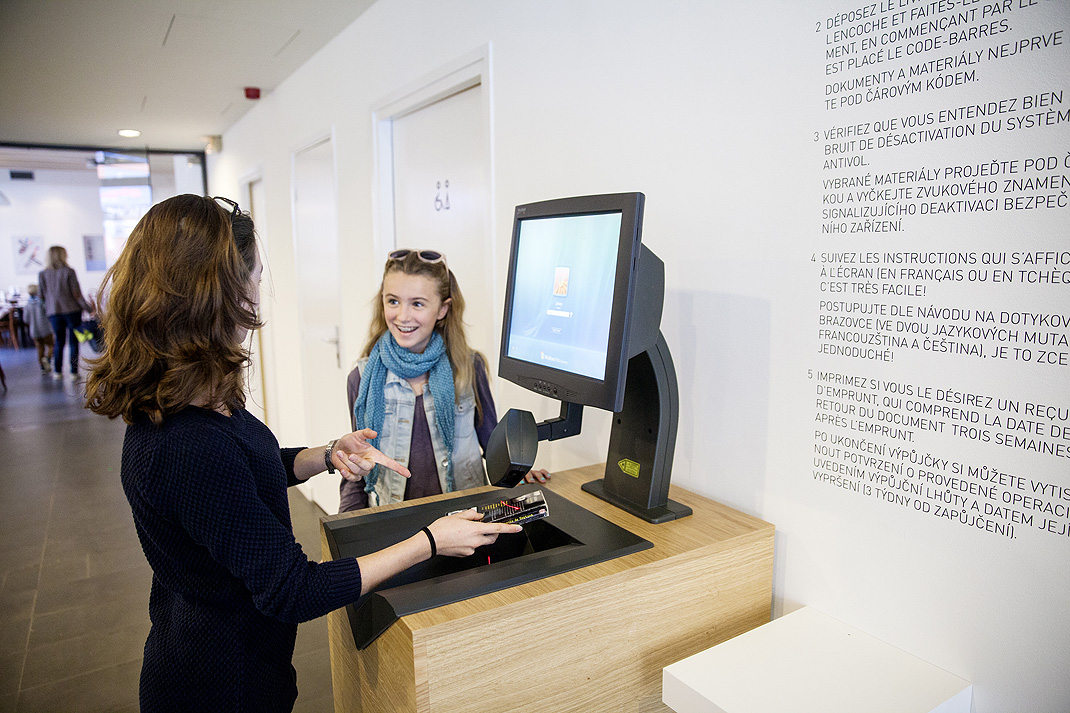 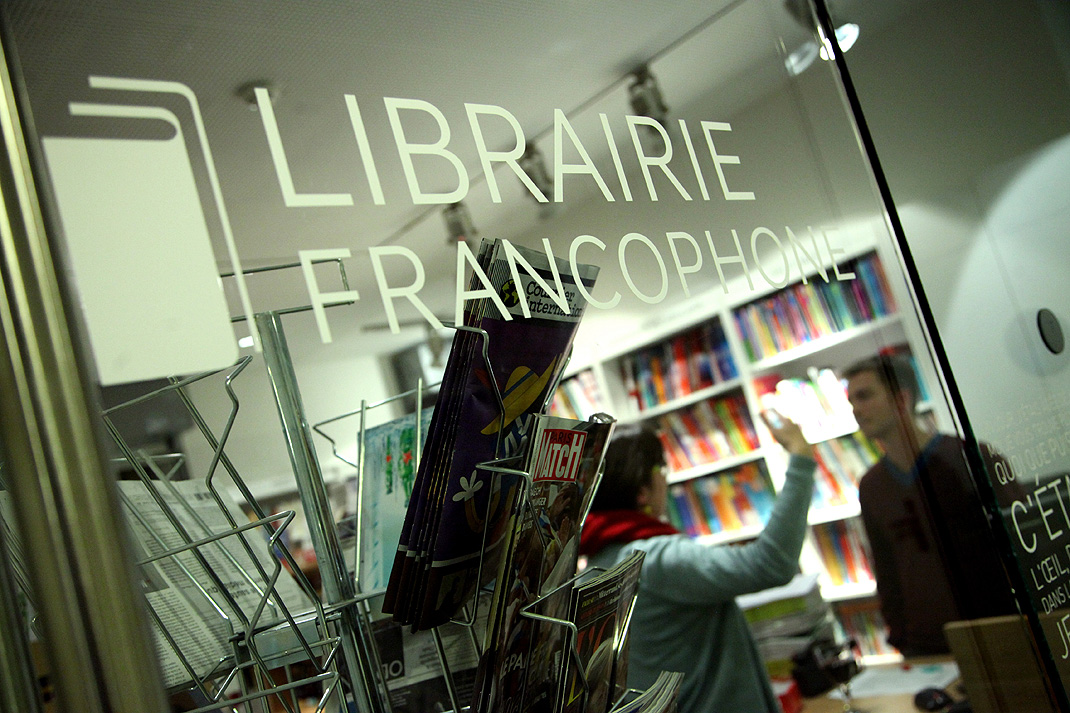