The reconstruction of a building in baroque style, in the area of Vinohrady, Prague

This neo-baroque building, built according to the design of Otakar Bureš, was originally used as a garage for carriages and an apartment. In the 1920s, the building had an additional floor added and the courtyard later had its garage extended.

This reconstruction aims to cleanse the house of all ill-conceived alterations and utilize the garage space in the very best possible way. Inside, the building now has a fully functional office space. The yard is free and open, now used for parking and as a relaxation area. Common areas of the house are coloured in shades of white, with an emphasis on lightness, as well as brightness.

Project completed in 2015.
In cooperation with Domusdesign 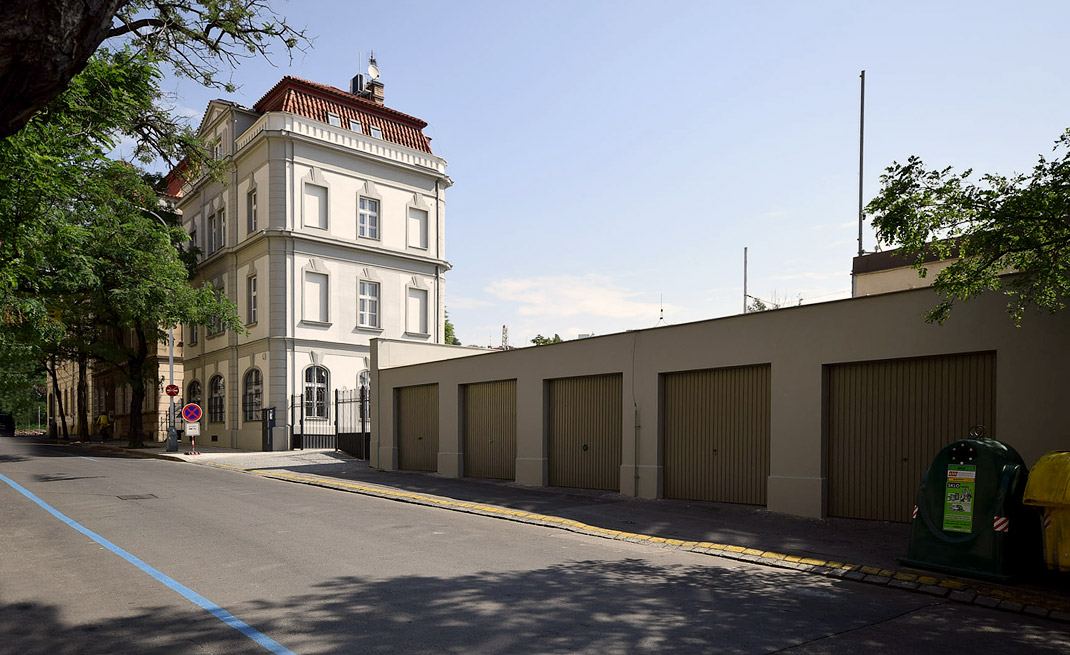 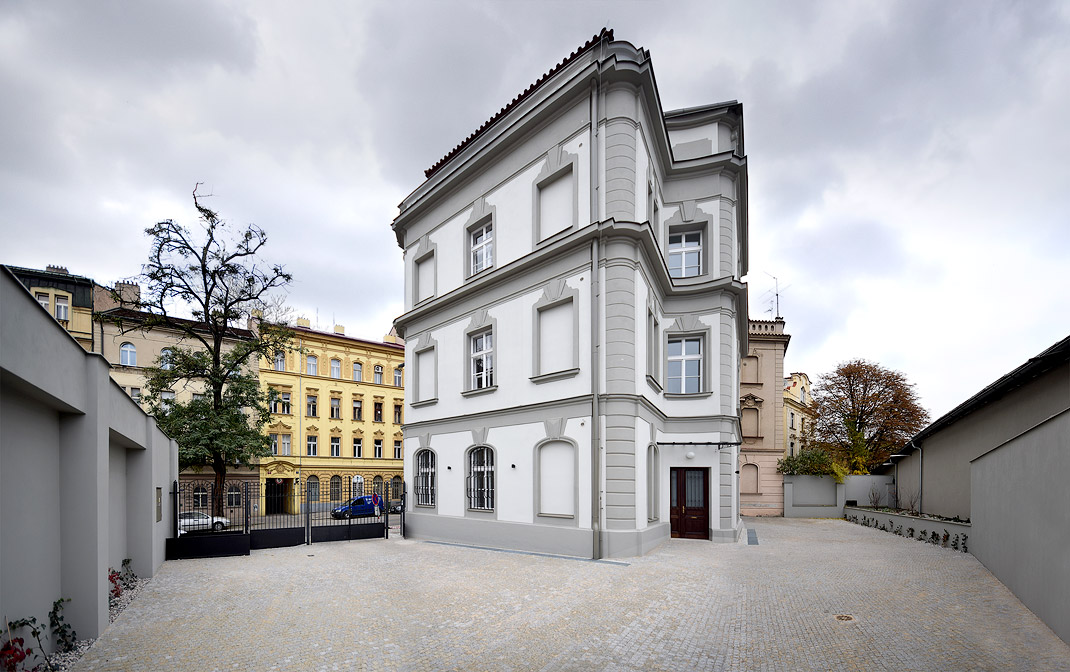 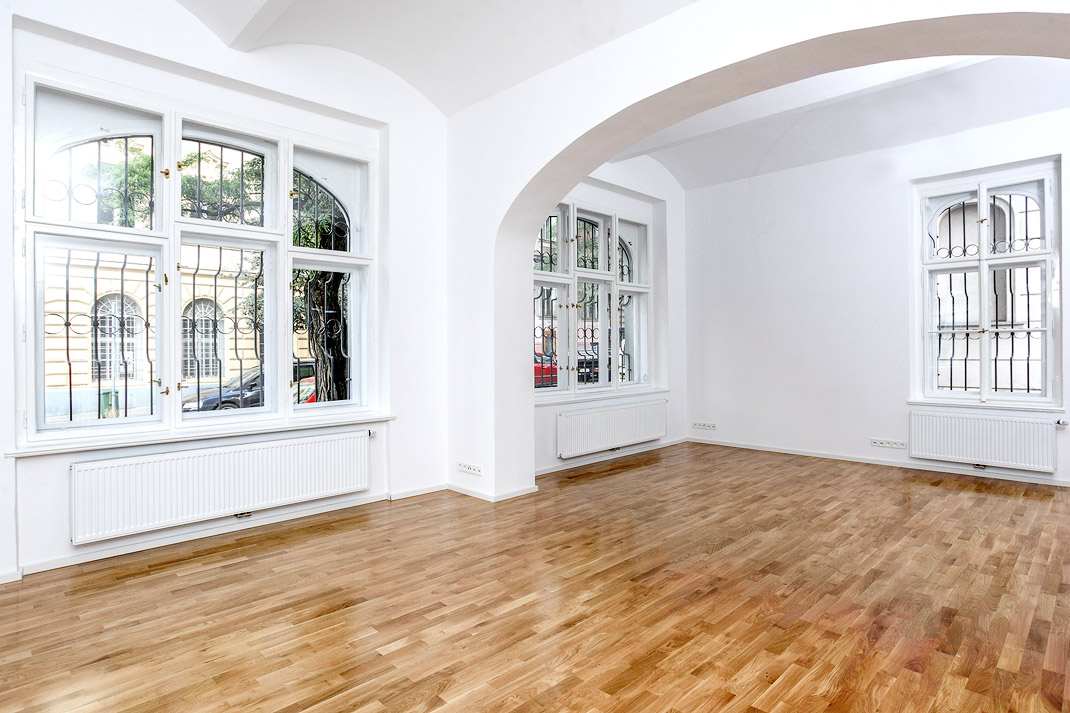 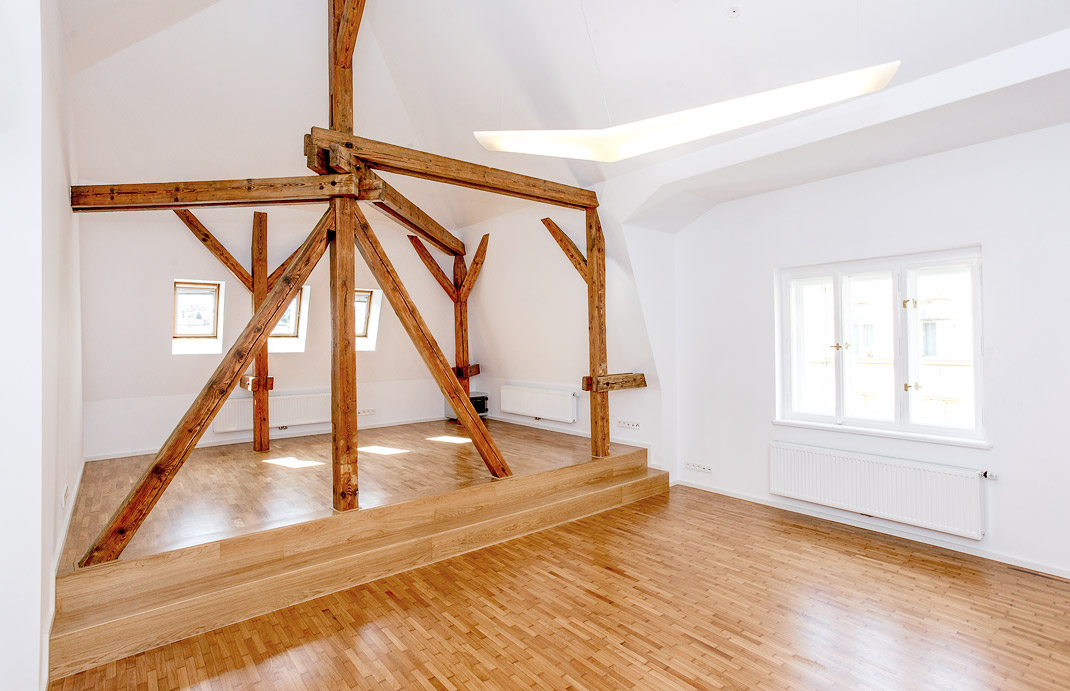 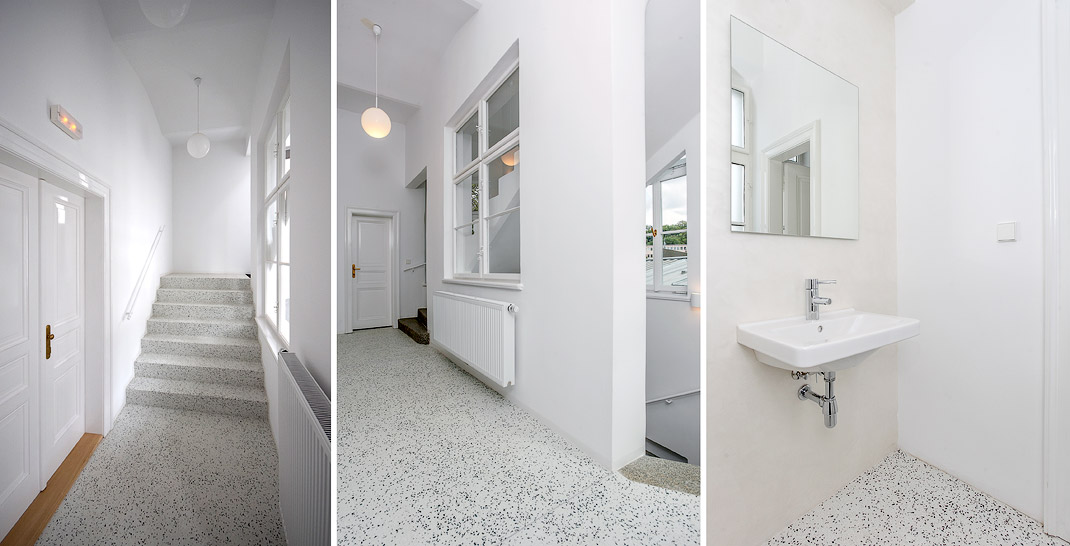 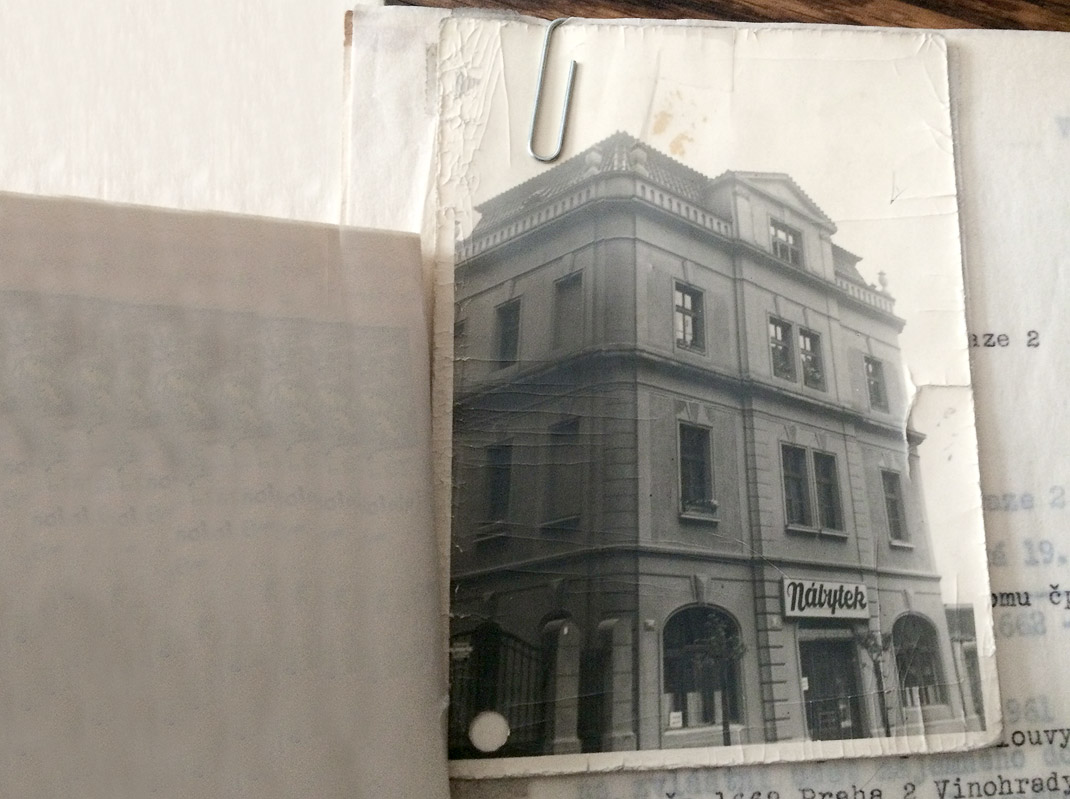