This proposal, submitted in competition, is for the revitalization of the city area of Podbaba, Prague

The designated space – on the northern edge of town, wedged between the river and the Baba district – gives the impression of a dead space; merely intended as a hub for transportation. This architectural proposal seeks to transform the area into a lively gateway to the city; full of commerce, culture and greenery. The central element of this proposal is a “green bridge” spanning a four-lane road and viaduct for trains. The bridge, covered with grass and mature greenery, opens city links and peripheral routes, with vehicular traffic directed into a tunnel. The area south of the bridge is designed as a plaza, surrounded by new buildings with a mix of residential and office spaces. A large industrial hall becomes the focus for culture and commercial activity, and with traffic directed underground, the ground is free for strolling pedestrians. The railway station Prague-Bubeneč is relocated to be under the “green bridge”. 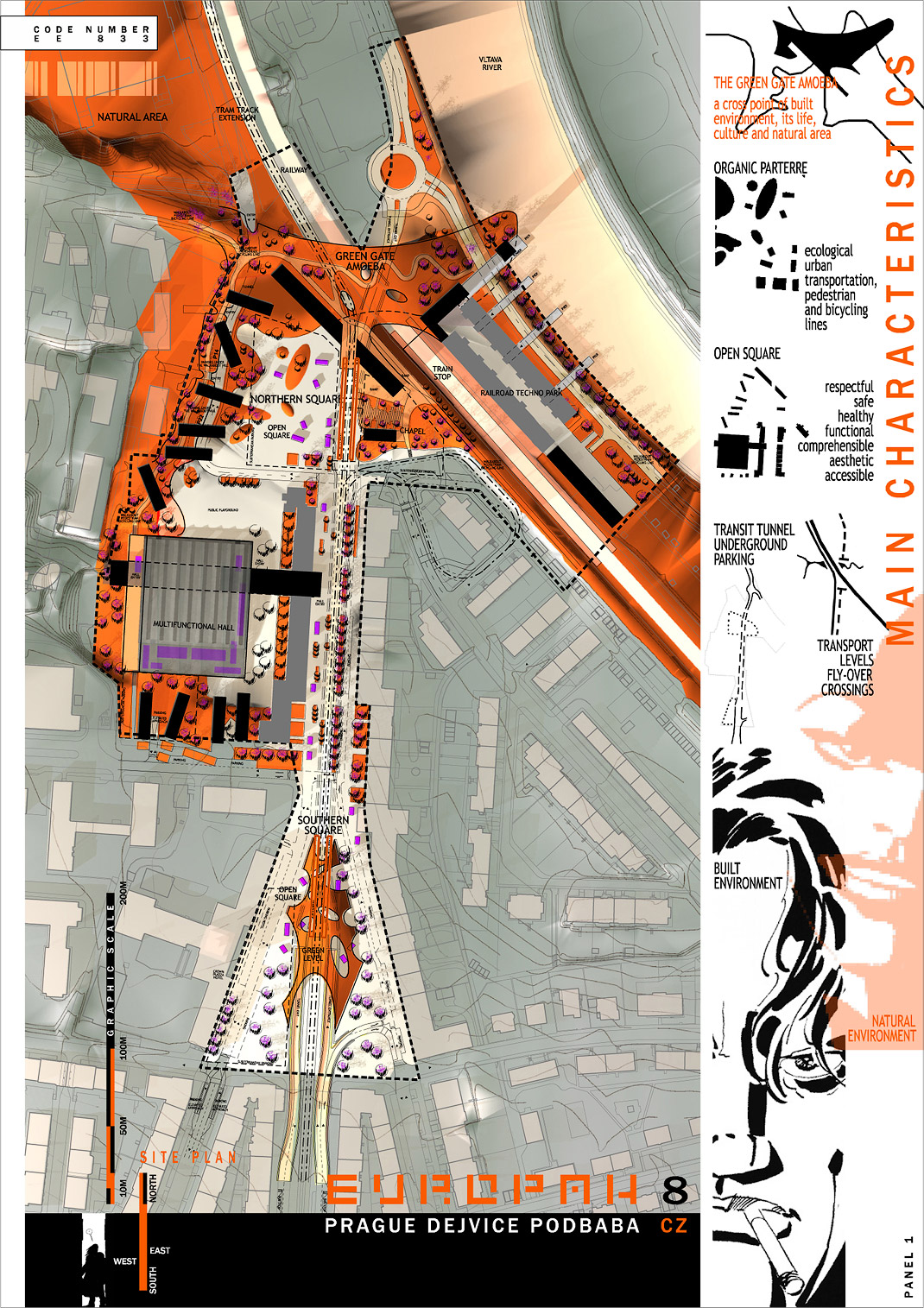 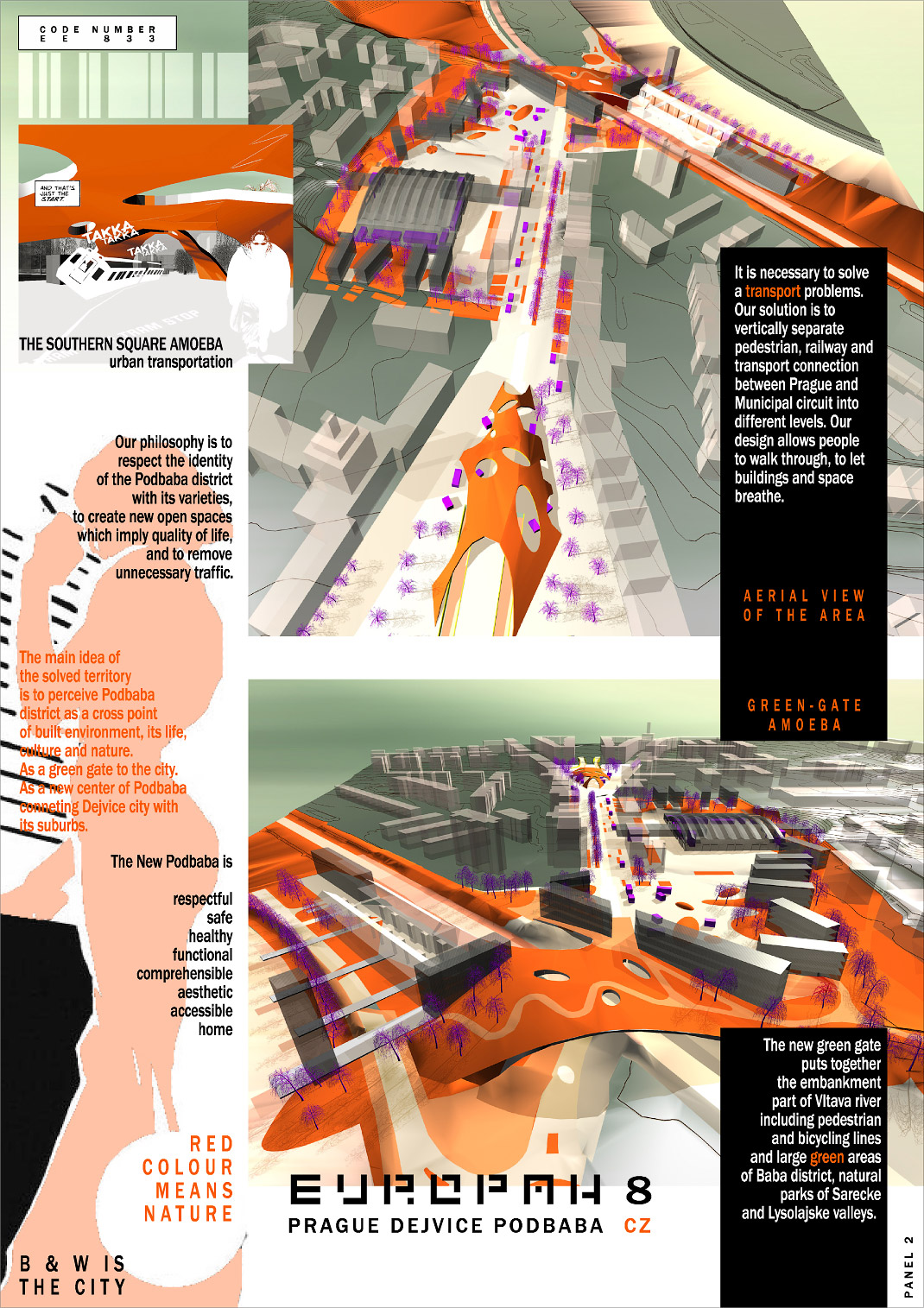 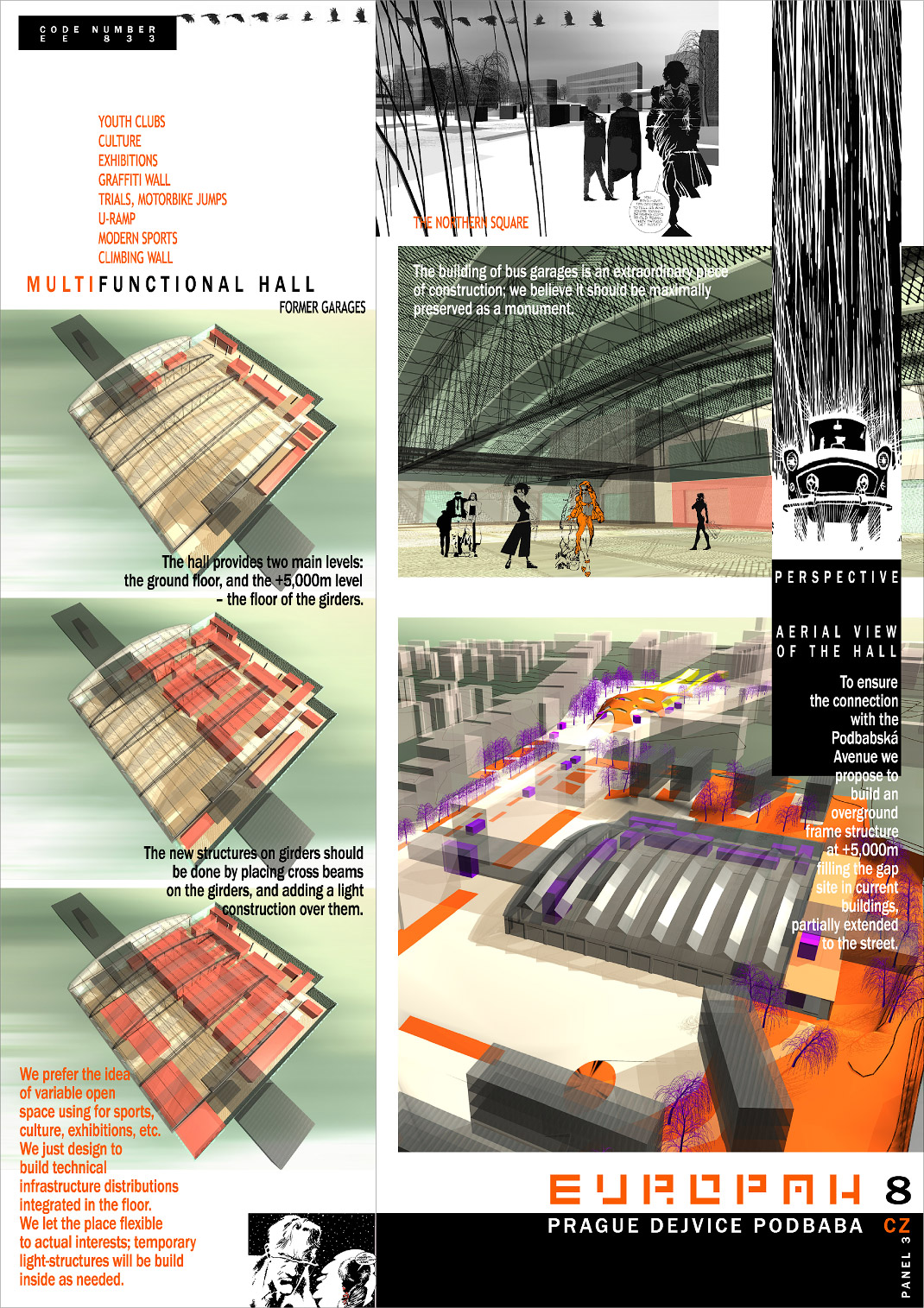