An attic extension in Dejvice district of Prague

An asymmetric block and completed building was built before 1938, during the period of dynamic development of the Dejvice district according to Engel’s regulatory plan. Until the Second World War, a basic street network grew around Flemingovo Square, largely individual blocks. In the post-war period, large sets of Czech Technical University faculty buildings were built in the surroundings, the block arrangement was replaced by a ridge and significant asymmetry entered into the layout. Buildings built since the 1980s were still solitary, respecting the existing street network, leaving the effort to scale, and architectural links, to the neoclassical Engel plan.

Compared to the extensions of neighboring housing, the building in question seems unfinished. The proposed superstructure rebalances the relationship between the other individual buildings within the block. The lower bay, following the width of the original risalit and the height of adjacent acrylics, cancels out the feeling of height difference between the houses. The upper bay reinforces the central axis of the block. The court superstructures dynamize the original verticality and correspond to the proportional division of the interior courtyard. The copper cladding of superstructures is typical for the area.

In cooperation with monom works s.r.o. 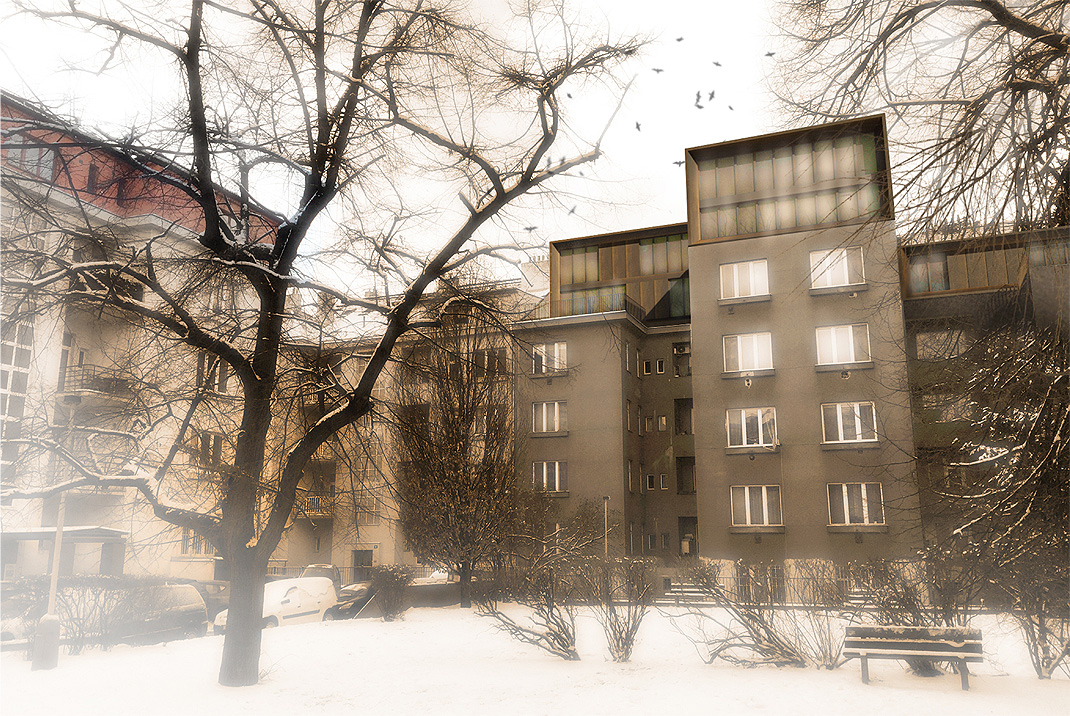