Reconstruction of a terrace house in the Řepy District of Prague

Opukova Street is lined mostly with free-standing houses of upper old Řepy, sometimes associated in short rows of housing. The Urbanization of the area is characterized by the structure of a “garden city”.

The renovated house is in the middle of five single-storey family houses in a row.

Over the years, the houses were spontaneously rebuilt with extensions, outbuildings and garages. The original building units changed and the original uniform appearance of this group of five houses has disappeared.

The expressive link between the houses does not exist, and the restoration of the original appearance of the group is not realistic. The starting point of the proposed architecture is a calm, sober expression, non-conflicting with the diversity of existing and future housing within this neighborhood. The simple, orthogonally cut building concept is finished with flat roofing of different heights. The central elevation rises from children’s rooms on the 2nd floor and outwardly reveals the diversity hidden inside the house. The layout is designed for one two-generation housing unit and the intertwining of shared spaces. The sculptural approach to working with interior space, different ceiling heights with skylights helps to evenly distribute light and sunlight with a deep disposition. 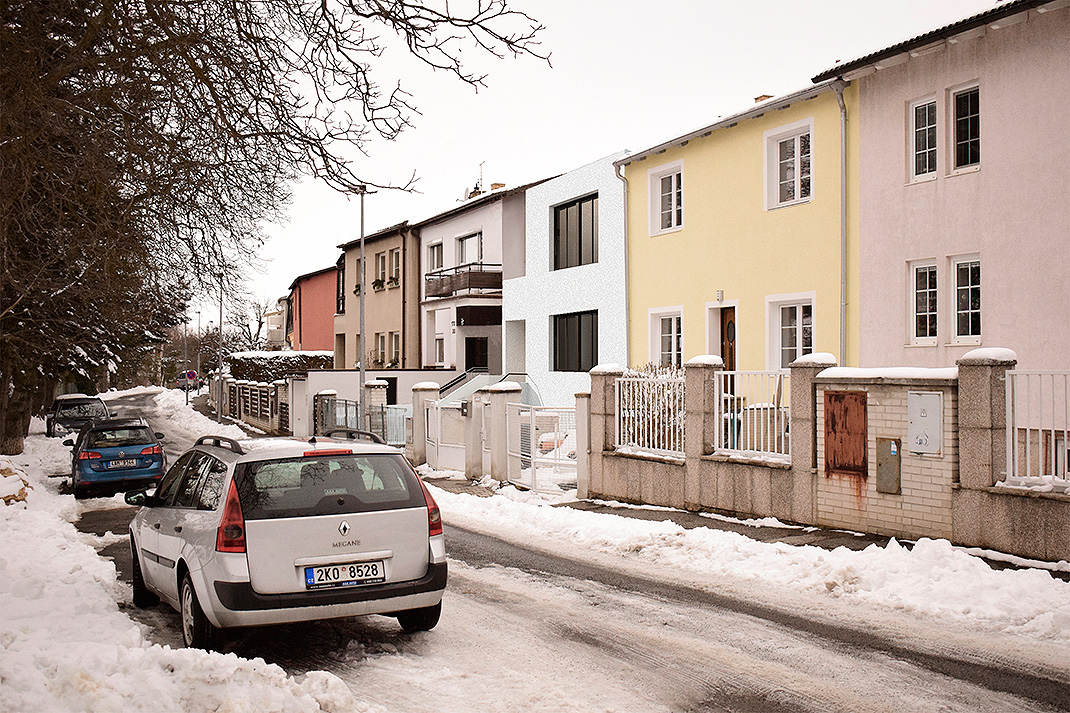 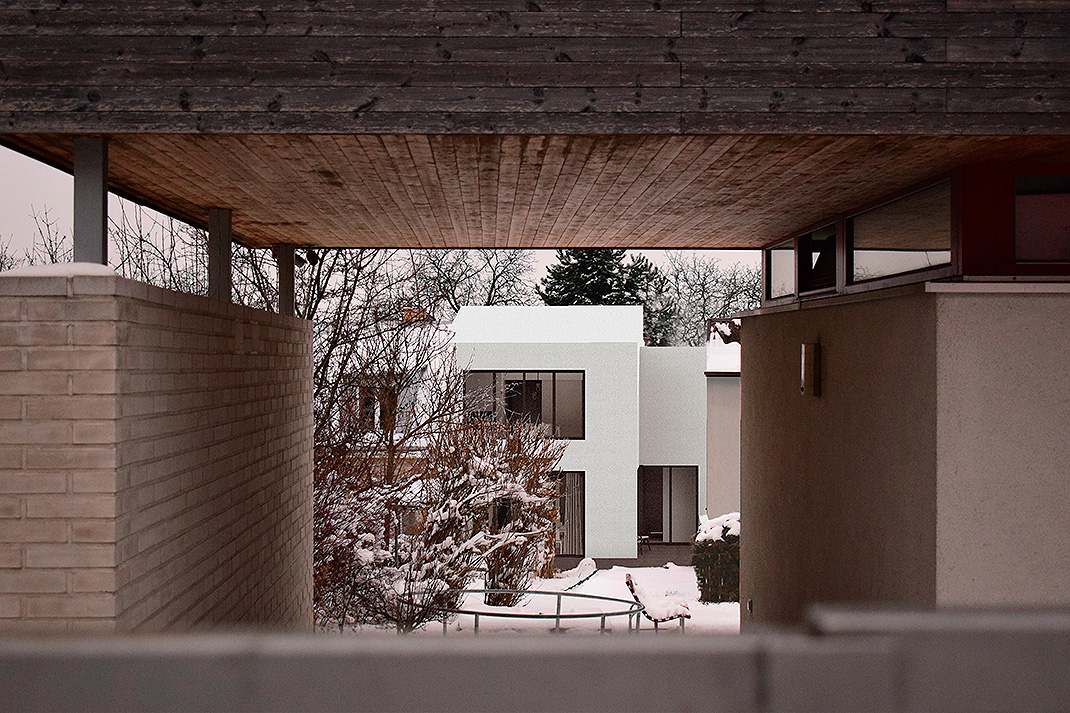 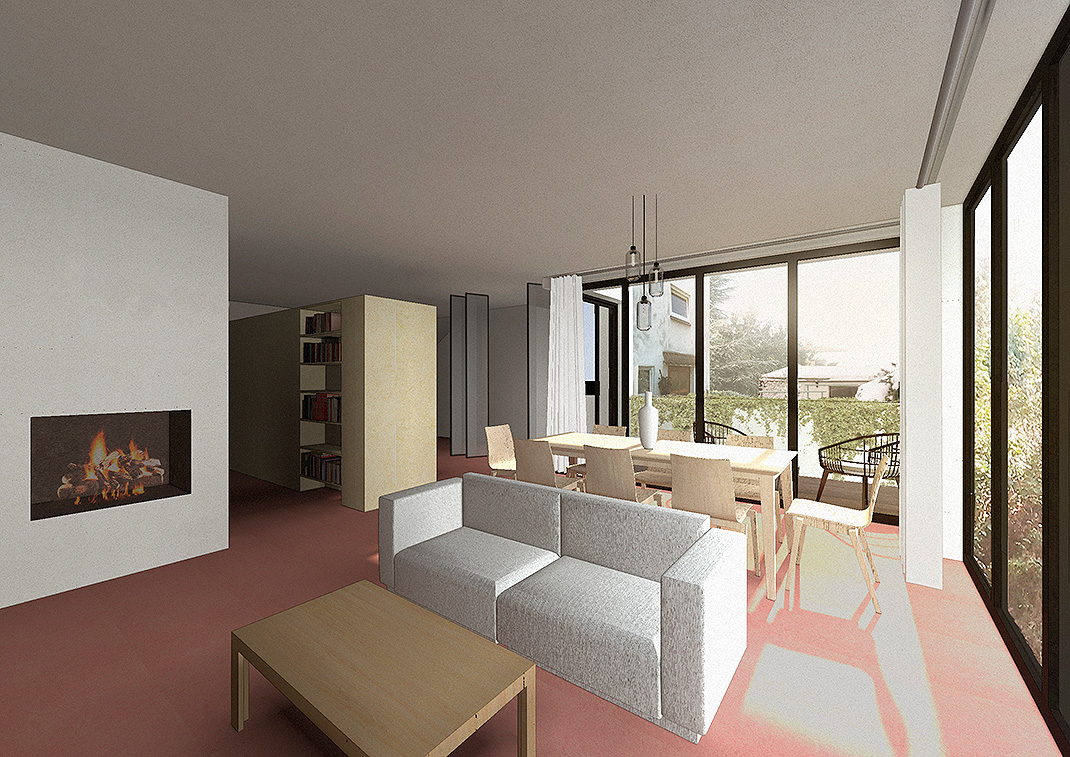 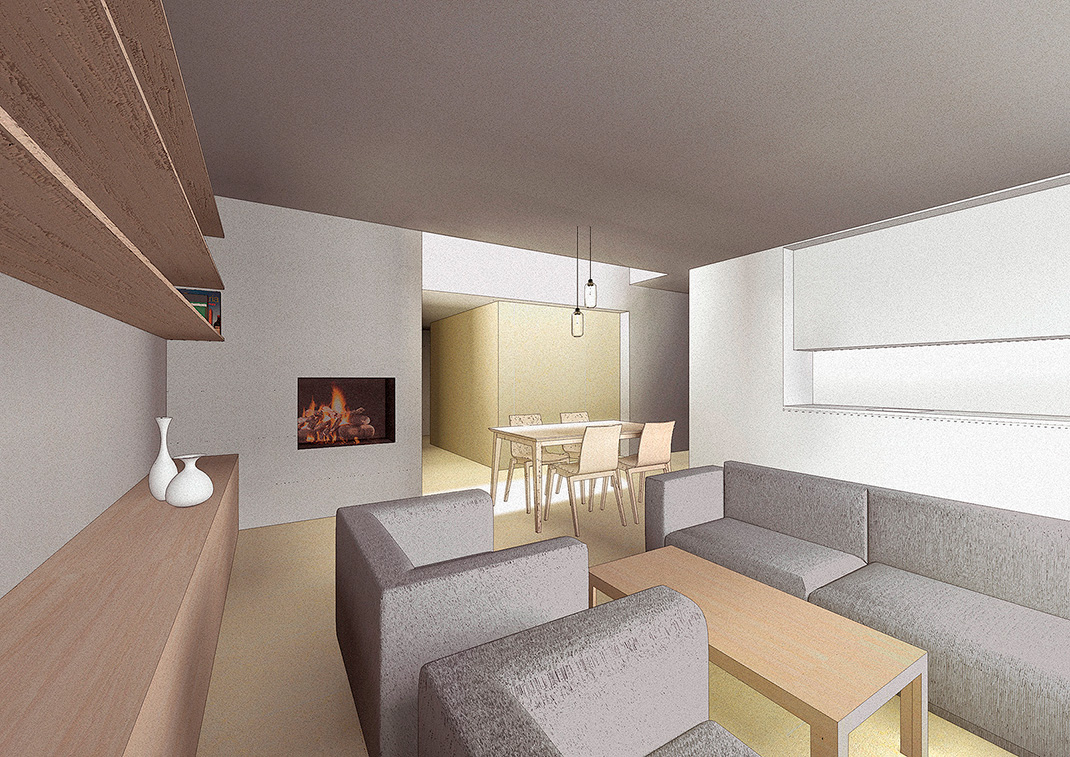